IT and security staff play an invaluable role in every modern business. Unfortunately, it’s the kind of function that isn’t usually noticed things are going well in the background. However, when problems arise and things go wrong, other employees start shining lights on IT support and banging down their door.

In the world of internal security, anything which boosts efficiency, streamlines process, or improves performance is like gold dus

t. IoT lockers can provide just that transformative effect for your business. 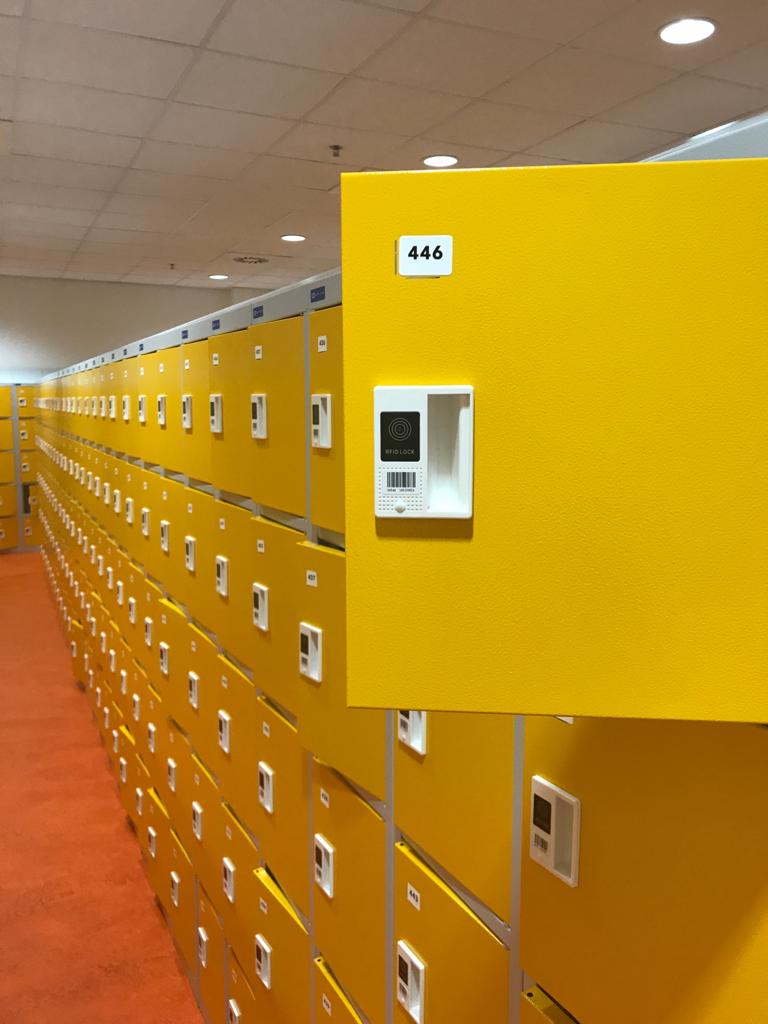 ecent years. Your Amazon Echo speaker? IoT. The coffee maker that connects to your smartphone? Also an IoT device.

While these devices are everywhere today, their practicality often subsides in deference to pure novelty. The smart hairbrush which us

es a gyroscope and accelerometer to, quite unnecessarily, provide feedback on your technique is a good example of this novelty.

But Internet of Things is also causing a landslide of remarkable technological breakthroughs. ‘IoT lockers’ means lockers which are al

l network-connected, with a single control point, and which use card readers instead of traditional locks and keys. The benefits of this technology, both fiscally and in terms of performance, are numerous.

When a ticket is raised with a traditional security team, it can take days to clear. Taking the example of a lost locker key, here are just a few of the usual steps your team needs to take:

It’s a lengthy, convoluted, and often expensive process. It can also take time away from more pressing security tasks. By using intelligent cloud-connected smart lockers, a lost card can be logged, deactivated, and replaced within 60 seconds.

Supervision of Lockers and Possessions

For any organisation with a large number of employee lockers, management used to be a complete nightmare. Spreadsheets with thousands of active cells, dozens of pages, and quite often computers which buckled under the load. Many businesses still use pen-and-paper logging and tracking for thousands of lockers in a single area.

Say an employee leaves without returning their card, or if there is some suspicious activity around a locker. Your security team can now open it, inspect it, and take the appropriate action without any headaches. The logistical and organisational benefits of IoT lockers cannot be understated.

uched on the ability to monitor IoT lockers. Specifically, managers can track all the activity and interactions with each locker on their entire network! This allows you to see who isn’t showing up for work, whether staff are popping in on their days off, taking longer lunch breaks, and various other insights.

This analysis can even help detect and eventually track down thefts. Using IoT technology for storage lockers at work will bring benefits across your company.

Nowhere is this more evident than for the security staff managing the full system. IoT connectivity allows them to stop being a ‘locker management team’, and refocus on being a security team.

Want to see eLocker in action?

Book a short call to discuss your use case, this is no-obligation for quote and is just a quick chat to see how we can help with your locker management system